An Introduction to Footwear Impression Evidence for Statisticians

What is footwear impression evidence?

In the mess of a crime scene, one of the most abundant pieces of evidence is a shoe outsole impression. A shoe outsole impression is the trace of a shoe that is left behind when the pattern of the sole is transferred in some way to the walking surface. Sometimes, the shoe impressions need to be “lifted” like fingerprints with powdering methods, or they are dusted and photographed. Footwear impressions are also often found in pliable materials such as sand, dirt, or snow, which are collected using casting. The photo below shows a cast left behind by a shoe in a pile of dirt.1

In casework, a forenic scientist will examine the crime scene impression and identify the class, subclass, and identifying characteristics of the shoe sole. In statistics, we’d call these sources of variability.

Sources of variability in footwear impressions

Finally, the most unique parts of a shoe outsole impression are the randomly acquired characteristics (RACs) left behind. The RACs are smaller knicks, gouges, areas of wear, and debris in soles of shoes that are acquired over time, seemingly at random, as the shoes are worn. These are the identifying characteristics of shoe impressions, and examiners look for these irregularities in the crime scene impressions to come to a conclusion.

In forensics, a shoe that investigators think could have caused the print (let’s call it the suspect’s shoe) is studied for its class, subclass, and randomly acquired characteristics. Depending on the degree of correspondence between the crime scene impression and the suspect’s shoe, the examiner makes one of several possible (categorical) conclusions. The conclusions that examiners can make in reports and on the witness stand according to the standards proposed by the Department of Justice in 2016 are:

The examiner is limited to these categories of conclusions to avoid overstating the strength of their conclusions and to avoid ambiguous language used in the past, like “the [suspect’s] shoe is the source of a questioned impression to the exclusion of all other shoes” (emphasis mine).

What are the statistical questions?

There is a lot of room for statistics in the analysis of footwear impressions. At CSAFE, we have several researchers working on important statistical problems:

I will continue to blog about footwear analysis as a part of CSAFE. Watch this space! 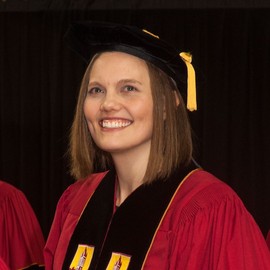 Next
When Does "Open Source" Really Mean Open Source?
Previous
Figure Skating and Forensic Science: they have more in common than you'd think!